The Surprising Impacts Of Climate Change On The Weather.

You don’t need to be a meteorologist to understand the impacts of climate change on the weather—though it helps. As long as you understand how the weather works, you can expect increasingly hot summers, more severe storms, and much less predictable weather patterns.

We’ve known that future global climate change will affect the weather for a while now. Still, until recently, it was unclear exactly how. Scientists have been trying to visualize what might happen as carbon emissions rise worldwide. Strong consensus about global warming’s effect on the global average temperature and precipitation patterns worldwide.

It turns out that the problems with a warming climate are more complex than we thought, and not all of them can be predicted. The graphic on the Climate Change Institute at the University of Maine illustrates how complex climate projections can be. Each graph represents a possible future scenario for precipitation by region in this chart. As you can see, some areas are considerably more certain to have rain, but the rest is anyone’s guess.

What’s most surprising about our planet’s reaction to human-caused global warming is just how complicated it is. Weather patterns are only one aspect of climate change.

The Weather Is Getting More Extreme!

It is no wonder that many people see the connection between human-induced climate change and these extreme weather events. There is even a scientific term for it: Climate change amplifiers or “amplifier” or “amplifying factors.”

In fact, The Weather Channel has a neat little blog page where you can explore the impact of global climate change on individual cities. For example, suppose you’re curious about what’s happening in your hometown. In that case, you can check out this excellent website to see what your cities summers will look like by 2100.

As the climate changes, abnormally hot weather will become increasingly common. Even though extreme heat waves have been especially deadly this year, there is a great deal of variation across the United States every year. Climate change may increase the number of days over 100°F for the United States by 2100.

A warming climate increases average temperatures and lengthens and intensifies them. The heat waves that struck eastern Australia in 2013, central Europe in 2003, and France in 2010 were caused by blocking high-pressure systems parked over the exact locations for days or weeks.

According to the EPA, in the United States, heat-related deaths totaled more than 11,000 Americans have died from heat-related causes since 1979, according to death certificates. According to climate change scientists, these deaths are just the tip of the iceberg. Heatwaves also make people sick by aggravating droughts, wildfires, air pollution, smog, food safety problems, and insect attacks.

The National Climate Assessment regarding storms and floods in the United States is the increased intensity. This trend has been observed since the 1950s, with more intense rain events over larger areas, more frequent occurrence of heavy rainfall, increased tropical storm intensity in some ocean basins, new record highs of sea level on both coasts, exacerbated coastal erosion due to loss of protective barrier islands, and higher average temperatures in the coolest months.

These trends are not simply due to the natural variability of weather. Instead, these trends are primarily human-caused climate change —the burning of fossil fuels is trapping heat within the atmosphere, building up over time.

Still, scientific understanding isn’t detailed enough to project the direction and magnitude of future changes.” In other words, we still have a lot to learn about how climate change might affect tornadoes.

Higher temperatures lead to a higher evaporation rate, including a more significant moisture loss through leaf and plant roots. As the soil dries out, a more significant part of the sun’s heat goes back to the soil, heating the adjacent air instead of evaporating it.

This makes the area more vulnerable to flash droughts since it can’t hold as much water. A flash drought occurs when the temperature suddenly rises, winds suddenly change, and precipitation suddenly decreases. Flash drought can happen quickly because it is set in motion by lower-than-normal rainfall combined with abnormally high temperatures.

Climate change is fueling more severe and intense droughts. The droughts in the western part of the United States are helping fuel massive wildfires, which are burning more acreage than ever before. California is going through a multi-year drought that has made at historic low lake levels at the Whiskeytown Lake, near Sacramento.

As the climate changes and global temperatures rise, it will start experiencing more and more freshwater shortages.

Since the early 1980s, hurricane intensity frequency duration is also increasing in North Atlantic countries. The relative factors that cause increases are still unknown or not well understood.

One key evidence fueling these hurricanes is that the sea surface temperature is warmer. The warm sea provides greater conditions for more intense hurricanes. They are projected to be stronger, more intense, and more frequent.

Hurricane intensity depends on three factors: the energy supplied by the latent heat of condensation, sea surface temperature (SST), and wind shear; changes in all these factors might increase hurricane strength frequency and duration.

The Atlantic Ocean off the United States East Coast is projected to experience more hurricane-strength storms.

What Are The Main Impacts Of Extreme Weather Events on People?

Climate change is the biggest challenge facing humanity in the 21st century. Predicted to displace millions of people, cause political instability and economic disruption, and cost, by some estimates, cost the global economy $54 trillion by 2100.

However, if you ask people about climate change, they say it’s not essential to them. Only 15% of people say that the environment is their number one concern. But when you dig deeper, you can see that many people are concerned about climate change but don’t know how to think about it, talk about it, or what to do about it.

High temperatures and drought pressure on the soil create conditions for farmers and ranchers providing food for us. Some farmers are susceptible to heat-related health concerns like exhaustion, heat strokes, and cardiovascular problems. Rising temperatures and heat stress can hurt livestock and even damage them.

Agriculture is one of the most critical sectors in the United States, with many jobs and a significant impact on food prices. Agriculture will be increasingly vulnerable to impacts from climate change as temperatures rise due to changing rainfall patterns, extreme weather events, extreme heatwaves, drought, insect attacks, pathogens that alter or destroy crops or their seeds before they germinate, and die-offs of pollinating species. Illnesses from foodborne pathogens are an increasing problem as temperatures rise.

Global sea levels have increased by approximately 8 inches since records began in 1880. By 2100, its peak is supposed to be around 12 feet. Storm surges and high tides could combine with sea-level rise and subsidence to increase flooding in many regions.

Sea level rise will also gradually increase the severity of coastal erosion, which is already a significant problem. Increasing flooding alone could leave millions homeless by 2100; this would displace millions of more people through the changes it causes to land use and agriculture.

The human population uses a lot more water, especially in agriculture. Snowpack provides a significant source of fresh water for many people. But with the rising temperature, less snow overall, and more snow melting early in the year means a less-dependable water source can be found for dry and warm years.

In California, fresh drinking water is dependent on snowpack from the Sierra Nevada. As a result of climate change, California is experiencing its worst drought in over a millennium. California has lost more than 80 percent of its historic snowpack.

Additionally, the human population in California has almost doubled since 1960. That’s a lot more people to accommodate with water during drought years. That being said, most scientists agree that warmer climates contribute to drought conditions in certain parts of the world. We’re seeing more droughts and heatwaves than we’ve ever recorded, and they can be devastating to humans and wildlife alike.

We’re losing snowpack at an average rate of 25 percent per decade globally. This means that droughts are more likely to end in floods as reservoirs overfill with less replenishing melted snowpack. And not

We are already seeing changes in the dispersion of some water-borne diseases and illnesses. Weather events and climate changes are dangerous. Children, elderly people living in communities with pre-existing illnesses or disabilities, refugees, and others have the highest exposure rates.

How can we reduce climate change?

The world is undergoing a climate change crisis. According to a report from the World Meteorological Organization, 2017 was the warmest year on record for the third year in a row. There are consequences, and they won’t be going away anytime soon. We need to stop climate change now before it’s too late.

One of the best ways to do it is by using alternative energy. Renewable energy sources have been around for a while now. Still, they have not been used extensively because of their high costs and long installation times. It takes months to set up a solar farm.

Rainwater Harvesting is a technique of collecting water for reuse to offset water needs. Conservation efforts for each house are performed year-round in both wet and dry periods. Habits are instilled to ensure enough freshwater for daily use.

Urban sprawl and heat island effects make it harder to reduce climate change’s human factors. But there is good news. There are ways that we can use renewable energy to mitigate these problems and keep our planet safe for generations to come.

One of them is by using wind turbines. Research has found that wind turbines could help cool down urban areas installed. Urban areas are one of the most significant contributors to climate change.

This is a big problem, especially in cities that experience a lot of sunny days throughout the year. Better city planning can mitigate urban sprawl. To combat the changing climate will require efforts on a global scale. Official government organizations will need to combine efforts to mitigate the effects of climate change.

Climate change is the biggest threat to our future. It’s not just about melting ice caps and rising sea levels. Unpredictable climate events, drought, floods, more extreme storms like hurricanes and tornadoes—and all of that has an impact on our day-to-day lives.

We have to step up our efforts to slow down climate change now. And the first step is to raise awareness about what we can all do as individuals and a society to slow global warming.

How does climate change affect your hometown? What things could you do in your community to help reduce carbon emissions? Let us know by leaving a comment below!

I'm Jim! I am a conservationist and sustainability blogger, an obsessed weather junkie and learning about the environment 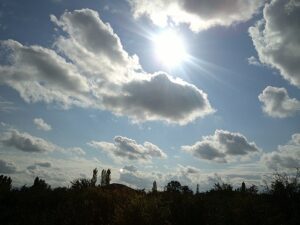 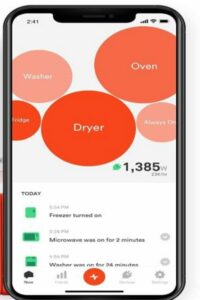 How To Reduce Waste At Home-8 Simple Steps

How to Collect Rainwater for the Garden

How To Make Compost For A Garden – Let’s Get Dirty!

Ambient Weather WS-5000 – Is It Worth The Extra Price?